A guide to major tourist attractions and nearby bus stops along the “Tsuruoka-Yunohama” Line.

Clicking the names of tourist spots on the route map will direct you to detailed information. 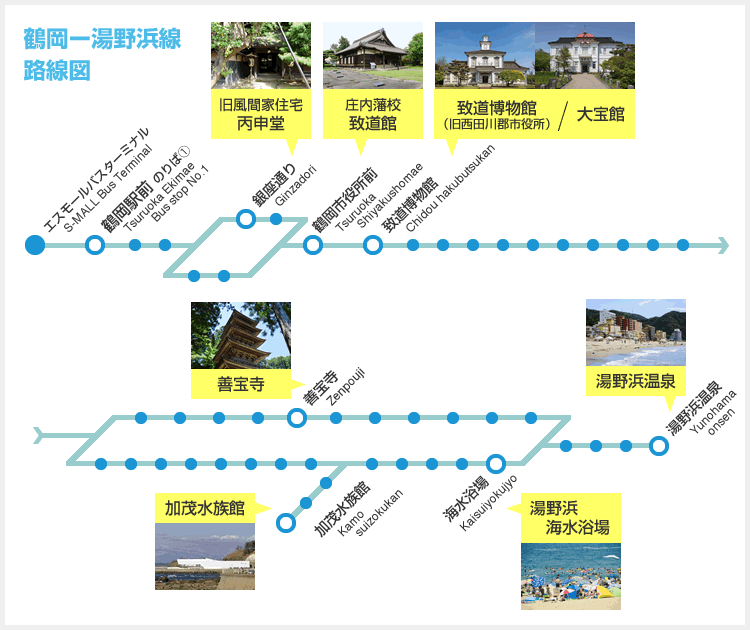 Heishindo is a residence-cum-business establishment built in 1896 by the 7th-generation head of the Kazama Family,who were wealthy merchants. The building is notable for its roof weighed down by approximately 40,000 stones. In 1910,Muryokoen Shakado was built with high-quality cedar wood as a villa for Heishindo and used to receive guests. 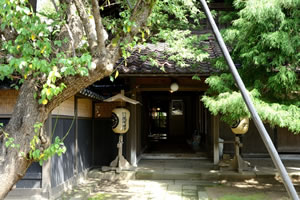 Tadaari Sakai,the 9th generation feudal lord of the Shonai Domain,built the school with the aim of reorganizing the domain administration.It is the only clan school building existing today in the Tohoku region. 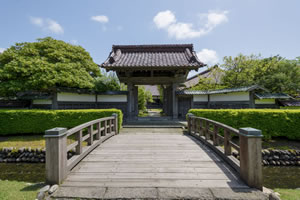 Closed:
Wed (Thu instead if Wed is a national holiday)
holidays from Dec 29 to Jan 3

The western-style building, constructed to commemorate the enthronement of the Taisho Emperor in 1915, is characterized by its red dome and white walls. When it was first opened, the building was used as a place to exhibit local products. After the war, it became a municipal library. At present, it is used as a museum to appreciate the feats of some of the ancestors born in Tsuruoka, such as Chogyu Takayama, a great writer from the Meiji period, and Taneyasu Matsumori, a naturalist of the 19th century who was also called the “Leonardo da Vinci of Japan.” 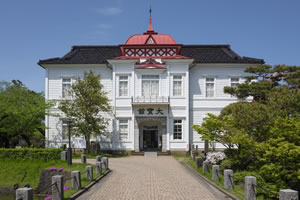 Closed:
Wed (Thu instead if Wed is a national holiday)
holidays from Dec 29 to Jan 3 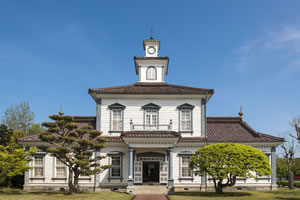 This famous temple enshrines the guardian deity of the sea.There is also Kaibami no Ike,a legendary pond where the dragon god is said to hide. 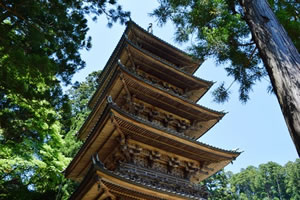 Yunohama Onsen is a hot spring resort area of modem hotels and Japanese-style inns along the coast that was established 1000 years ago. Bathing in open-air baths while looking out on the expansive sandy beach and the sun setting over the Sea of Japan is an absolute thrill that can only be experienced at a seaside onsen town.Visitors can also enjoy marine sports in the blue ocean waters. 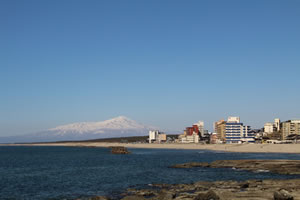 Kamo Aquarium boasts the world’s greatest number of jellyfish on display.Over 50 different species of jellyfish appear otherworldly as they float through the water.Not to be missed is the huge tank spanning 5m across,called the Jellyfish Dream Theater.The sigiat of thousands of moon jellies floating in the tank is spectacular. 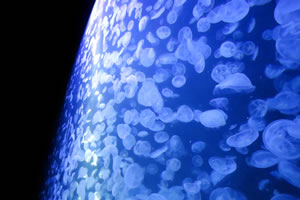 Closed:
open all year round